Web scraping can be incredibly powerful. So much so, that many businesses use web scraping technologies to fuel their operations.

After all, having access to the right data can provide powerful insights about an industry or competitor.

Today, we will review some common uses of web scraping by companies in many different sectors.

If you are wondering what web scraping is in the first place, let us break it down.

Web scraping refers to the extraction of web data on to a format that is more useful for the user. For example, you might scrape product information from an ecommerce website onto an excel spreadsheet.

Although web scraping can be done manually, in most cases, you might be better off using an automated tool. After all, these are usually faster and less expensive than scraping data manually.

Many real estate agents use web scraping to populate their database of available properties for sale or for rent.

For example, a real estate agency will scrape MLS listings to build and API that directly populate this information onto their website. This way, they get to act as the agent for the property when someone finds this listing on their site.

Most listings that you will find on a Real Estate website are automatically generated by an API.

Many companies use web scraping to build massive databases and draw industry-specific insights from these. These companies can then sell access to these insights to companies in said industries.

For example, a company might scrape and analyze tons of data about oil prices, exports and imports in order to sell their insights to oil companies across the world.

A notable example of the value that can be unlocked from this use is the one of HiQ Labs.

This company was caught scraping public data from LinkedIn, which resulted in them getting banned from scraping LinkedIn data. However, the courts have upheld HiQ’s argument that scraping publicly available data is not illegal.

There are several websites and applications that can help you to easily compare pricing between several retailers for the same product.

One way that these websites work is by using web scrapers to scrape product data and pricing from each retailer on a daily basis. This way, they can provide their users with the comparison data they need.

Sometimes, companies with incredibly large websites are tasked with having to transition their site to a more modern environment. Think of large and outdated websites that hold a lot of critical information (such as most government websites).

In these cases, companies might want to use a web scraper to quickly and easily export data from their legacy website on to their new platform.

We don’t mean to freak you out, but if you ever tweeted during a Game of Thrones episodes, your tweet might have been scraped and analyzed by HBO to understand how their show is being received on social media.

Many different social media platforms can be scraped for further sentiment analysis about specific topics. Not only is this useful for many companies, but also for individuals such as politicians. They can use this type of analysis to understand the perception of their campaigns on social media.

As you might already realize, there are many ways in which web scraping can be used. In fact, the uses we have highlighted are just the tip of the iceberg.

What will you use web scraping for?

So you just discovered web scraping and you’re excited to get started on your first web scraping project.But sometimes, it’s hard to get your creative juices going and come up 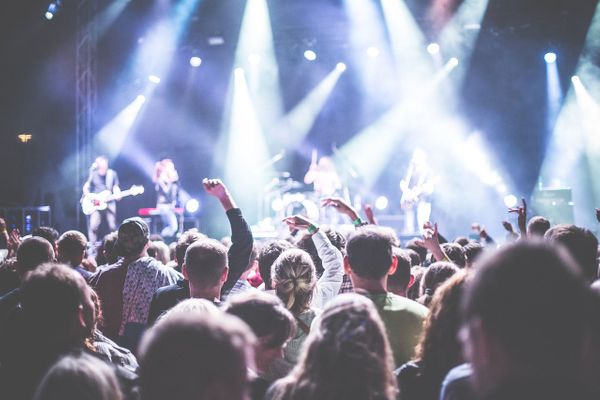 Out of all the major genre-specific Billboard charts, the Hot Rock Songs chart always stuck out to me as an odd one. Especially in recent years.You will often see songs from the