In light of the Kimono Labs acquisition, we want to share with you - ParseHub - a powerful, web scraping solution just as beautiful as Kimono's elegance. Kimono was the darling of the "web scraping" world and promised to let anyone, even without technical experience, grab data from the websites (well...most websites). Kimono scraped data from static websites, neatly structuring it into a downloadable JSON or CSV file.

Of course, you could also connect to the Kimono API and automatically pull data into a mobile or web app. The community behind Kimono was strong. Kimono gave an average Excel users, the power of a developer. With a web scraping tool at hand that is easy to use - anyone was able to save on both time and money. People stopped bothering developers to build web scraping scripts and forgot about the hassle of hiring offshore freelancers that spent countless hours copying and pasting data from web pages.

Last month, Kimono was acquired by a data-giant - Palantir. The team swiftly closed down the service for 125,000 users, released a stand-alone desktop version of the app that will remain unsupported and gave users only a two week notice to move their data from Kimono to another web scraping platform.

So as one of the coolest scraping tools on market, gets bought out...

There is another option. :) 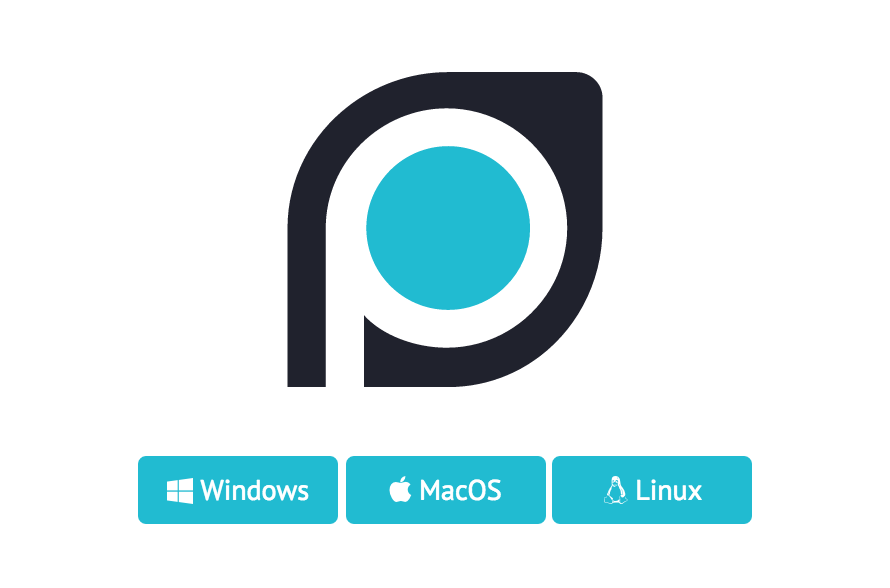 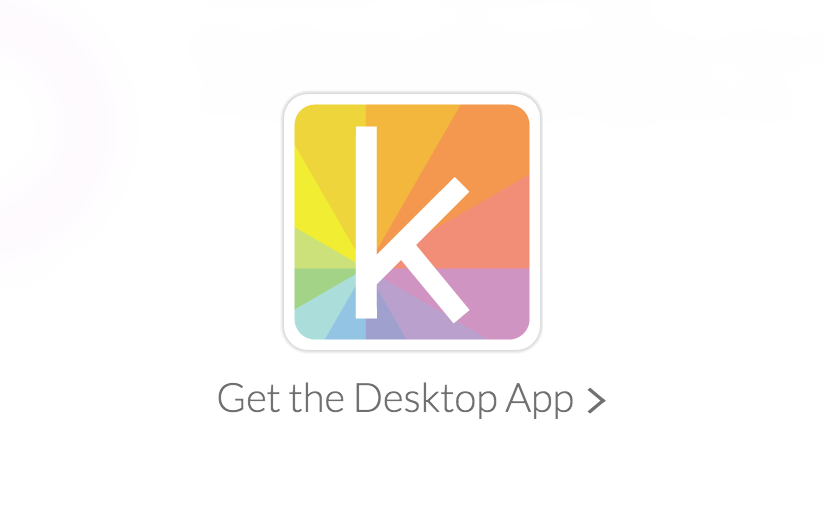 Welcome Kimono fans - at ParseHub we will treat you nicely!

ParseHub is a desktop app for Mac, Windows and Linux. It is an easy-to-learn, powerful web scraping tool. You do not need to know how to code. We have been working on ParseHub for the past two years - bootstrapping the company, working remotely, and focusing on the happiness of one customer at a time.

Now, ParseHub has been able to get data from 80% of websites our customers proposed. You know - government sites that lag for 10 minutes, and sites that make you question "who the hell built this!" Yep, we can get data from all sorts of shitty websites - in fact - we love them!

Don't believe? Contact me with the worst possible website that you can find and we will set you up and running. 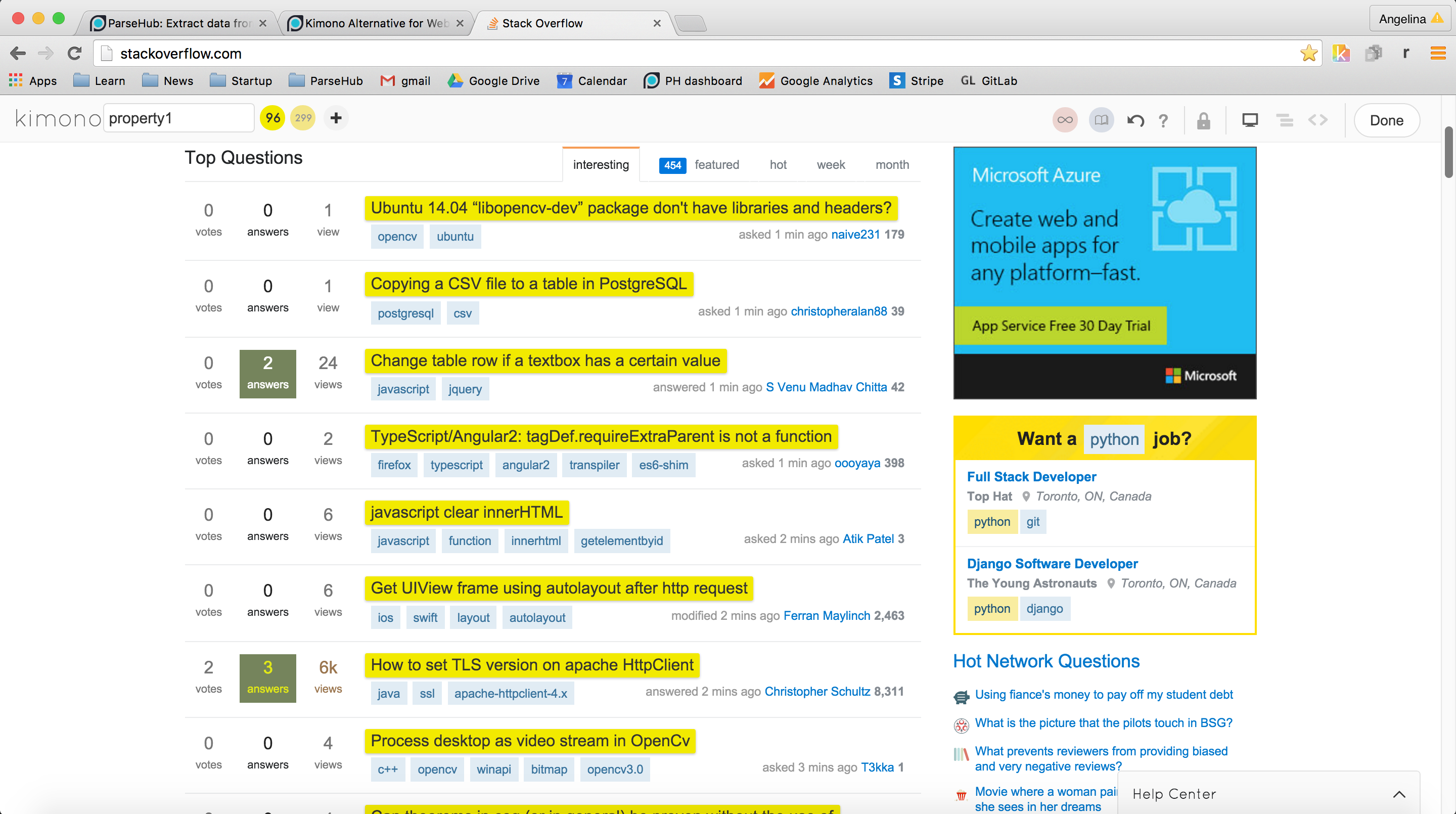 Kimono has a cute, little Chrome plug-in (which is set to expire). The basics of Kimono allow you to click anywhere on the page to select elements. After you select two elements you will see checkmarks that will let you refine your first selection. You can add more elements to the selection or remove them with the delete icon.

Kimono is a great plug-in for static websites, where predictability is easy. However, when faced with websites that are interactive, poorly structured or just a mess in general - Kimono suggestive algorithms are less powerful. There are not enough advanced features for you to manually train Kimono to do what you want. The ease of use is brilliant - and so is the visual presentation - but the power and flexibility can eventually be a turn off.

ParseHub is similar to Kimono visually, but is built on power, flexibility and advanced features. We started with all of the advanced features first - making sure ParseHub can get data from dropdowns, tabs, pop-ups, infinite scrolling pages and navigate through different websites with ease. ParseHub is able to get data from even the most complicated forms, or pages that load dynamically.

This power comes from your ability to quickly click on the page to select elements, or to refine your selections and clicks with more advanced tools. You can mix and match tools to get data from super tricky websites. If you just want to get data from a static site - that option is also there for you in a few simple clicks.

What other people say:

The best three alternatives I've found if you're migrating off @kimonolabs: @ScrapingHub's Portia, @parsehub and @ApifierInfo

If you aren't using @parsehub you're missing out; #scrape webpages for #leadgeneration, #contentmarketing, and more. Simple, easy, effective

We are not planning for an exit!

Customers switching over from Kimono have only one question for us - "How can I trust you not to sell and close down, just like Kimono?"

Kimono was a fast growing start-up in San Francisco, that focused on user growth and attracted millions of dollars from investors. In contrast, ParseHub (located in Toronto) is focused on revenue. We do not have any outside funding, and only grow as our revenues grow (from real, paying users).

Since we have no investors, we are not pressured to sell and can focus on building our company one lego block
at a time.

A few ways to use ParseHub:

Welcome on board! We are here to help you migrate from Kimono and set up any new APIs as well.

The pink tax is very real for the Canadian female consumer. Looking at 3,191 personal care products from three popular Canadian retailers, it is clear that gram for gram, women are paying

If you already have a fully functioning blog, you can use scraping and the metrics from your Google Analytics to see exactly where your blog can be improved. Combining all of the data